Skellefteå Art Gallery intends to pay tribute in various ways during the opening year 2021 with its art activities to the author Sara Lidman, after whom the new culture house is named. We want to achieve this by unconditionally finding connections between literature and art but also between our storytelling community and the environments that Skellefteå is enriched of.

Just over three years ago, between the years 2019 and 2021, Krister Hägglund received a design assignment from Skellefteå Konsthall for Sara Kulturhus, where the task was to document Sara Lidman's hometown, Missenträsk and the surrounding area. The assignment would result in a number of permanent works in Sara kulturhus' stairwell foyers, a catalog and an exhibition.

We found it interesting to invite Krister Hägglund, whose photographic stories often show different social spaces where the form stands out, but which also in the documentary shows a changing social democratic public.

Krister Hägglund's pictures contain a landscape of events shaped by time and transformation. Common are places where there is an alternation between work and leisure, individual and collective, rural and urban, locally and globally. He always has the camera close at hand and from the amount of pictures he finally makes the selection. He works curiously investigating with several processes in parallel and sometimes even repetitively as he often returns to the same motif, one and the same "big ditch", or one and the same pine forest. From his image compositions and series of pictures, an aesthetic appeal emerges despite the fact that the motif can be an object of daily use - a mirror with a rust stain or a strangely constructed power cord, dilapidated houses that tell of a time that moved, a bucket of meat after moose hunting or pattern formations formed by set up chairs.

The crooked may take place in Krister's world of images and can be likened to the characters that Sara Lidman describes in Hjortronlandet, diverse human beings built with good and bad sides, of pity and small greatness.

"The Crown, which owned most of all the rice and wet land in northern Västerbotten, had long claimed that millions slept in the bogs and offered leftover people to wake them up…

The six acres, as each crofters would cultivate and build on, was a land that never interacted with people and had no feeling for such needs… ” 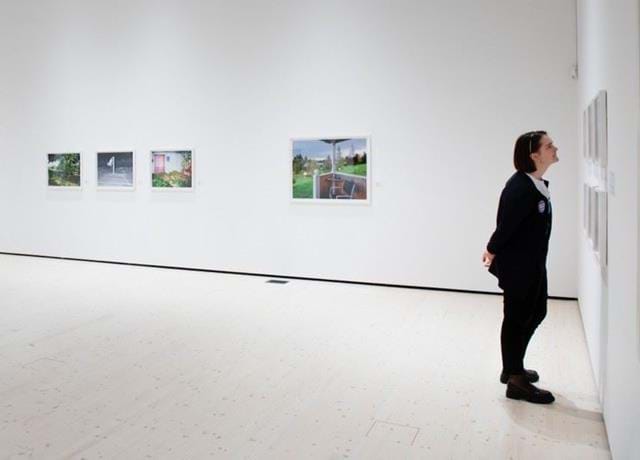 Welcome to our guided viewings during the exhibition Hjortronlandet by the photographer Krister Hägglund. 12 december...